Mempool: Visualisation of both count and size of unconfirmed transactions in the Bitcoin network 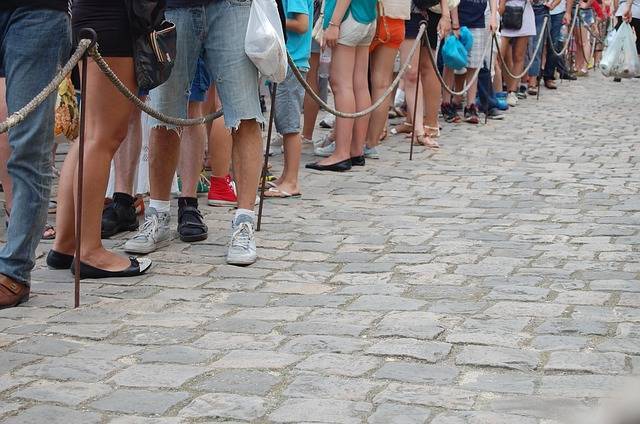 The Bitcoin mempool as an interactive graphics: Please stay patient until the page fully loaded and the graphics are generated and rendered.

Time scale should match your local Timezone. The page is not cached and the data is recollected minutely, updated and pulled to the webserver every 5 minutes, and displayed after every reload of the page. Statistics running since 2 August 2017, but will be cleared when I reboot my full node. (Sorry, data rebuilt at  2017-09-14, and an outage occured November 16th to 23rd, 2017, any gaps are indikators that there was a short outage of the full node respectively the connection)

The horizontal axis is time and you can choose the range from the last 2h to all. The vertical axis of the chart can be switched between count, fee, and weight. In the weight chart the height of the graph reflects the total transaction size instead of the number of transactions. If a stripe on the weight chart is much bigger than on the count chart, the transactions in this stripe are larger than the average. Similarly, in the fee chart, the height reflects the total amount of fee the pending transactions pay.

You can click on some fee level in the legend to hide all fee levels below that level. This way you can better see how many transactions are competing with that fee level.

Note that sizes include the segwit discount, i.e., the graphs show virtual byte (weight divided by four). For segwit transactions, the real size of the transaction is a bit larger than the virtual size. So for the BTC and LTC chains, a block will always take at most 1 MB from the mempool, even if it is bigger than 1 MB, because the weight diagram already shows the size in vbyte (with the segwit discount included). The segwit discount is also included when computing the fee level for a transaction. In case a transaction pays exactly the fee that defines the boundary between stripes, it is included in the higher stripe. Free transactions are not included, even if they make it into the mempool.